It should have been geniekin next but i’m struggling with that so i picked up the Pathfinder ARG and converted some races from that. As before feel free to make simple changes.* 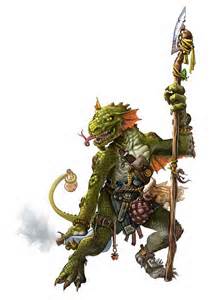 Darkvision: can see 60 ft in dark.

Light sensitivity : While in sunlight kobolds have disadvantage on attack rolls and perception rolls relying on sight.

Pack tactics: Kobold has advantage on attacks if at least one ally is within 5ft of target and not incapacitated.

* for a lot of these i’ve turned racial +s to proficiencies. it’s more powerful but i don’t want random +s as 5e doesn’t tend to use them.