I haven’t played a lot of games with or against X-Force, but they are my next TTS team, and I also hadn’t played games with Spider-Foes and people liked that blog – so give the people what they want! Deadpool’s Healthy side looks pretty bad. 4 Health and 3 Phys Def. Pseudo rapid fire which […]

So just over a week ago, inspired primarily by YouTube videos from Rich Mid Gaming and Nate at the Gamers Guild I started my own Youtube Channel called…That70sGame. If It ain’t broke, why fix it, right? Currently there are only 3 videos, with a 4th releasing on Thursday 17th. I Also have content planned for […] 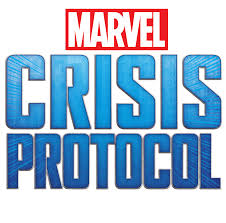 TTS Season 5 2nd half roster (and other stuff)

When we left off I was considering a mix of X-men, X-force, Syndicate, Cabal and maybe Avengers. With Sam Wilson Cap coming I don’t think I seriously considered Avengers. And I was still not happy with the core models available for Syndicate. A core of KP, Taskmaster and crossbones isn’t ideal. Seeing Kraven as Syndicate […]

So Brotherhood is dead, long live ?? No idea! Let’s go back to the models again, there’s a few new additions: New models I really want to play Old models I like playing with New models I wouldn’t mind trying out Models I want a break from She-HulkScarlet WitchAngelaEnchantressQuicksilverMedusaLockjawMr sinisterMystiqueCable DominoDeadpool VenomValkyrieBlack PantherHawkeyeShuriModok StormCrystalMagnetoKingpinSinViperTaskmasterBobLuke CageIron Fist […]

TTS5 round 3 and part 1 roster review

So we’re halfway through season 5 regular season. Game 3 I was playing Lee “Hammy” Hamilton. He was a really friendly guy, just like all my opponents so far. I forget to make any notes or take pictures during the game so this write-up will be short might be not fully accurate. I won priority, […] 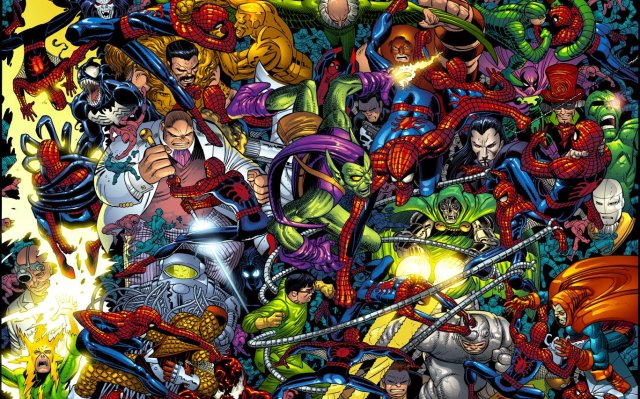 So If you’ve seen this video I did () You’ll know I don’t think much of Spider-foes at the moment. Their Leader is underpowered and has been denied his one previous use. The other models in faction are on the slow side, only one of them is 3 threat and the only real beater (Venom) […]

TTS Round 2 After my surprising win in round 1 I drew Anthony O Reilly in round 2, who appeared to be playing Criminal syndicate. For a change I won priority, so I chose extracts and got fragments. We went through a whole bunch of bad looking maps and settled on the subway map which […]

MCP – back to life

I actually managed two IRL games last week (Cheers Owen) My opponent, Owen, was keen to play his new stuff, so I let him play Brotherhood and I took the other half of my TTS roster, playing A-force. We did Infinity Formula and Senators, so we had one new crisis. Brotherhood: Magneto, Scarlet Witch, Mystique, […]

MCP is back – Roster selection part 2

When we left off I was down to 3 affiliations: Inhumans, Asgard and Brotherhood. Of these I wasn’t that keen on Inhumans, because Black Bolt is both meh as a character in the comics and the game for me. I decided I would probably run an Asgard-A-force list for the IRL event i’m going to […]

As of 17th May We can play Marvel Crisis Protocol in the UK again. Technically, we could play via TTS, but that didn’t really happen for me. I played in Season 3 and it was a disaster, opponents in the wrong bracket and time zone, a bye, and so I didn’t play in season 4. […]

2d20 Settings I want to try/hack

So there are a number of existing RPG settings and non-RPG Franchises that i’d love to try in 2d20. I’m going to run through a bunch of them! Assassins Creed. I can see dishonored being really good for this, both in doing Modern stuff and then jumping into the past for historical. In fact I […]

This blog is prompted by a conversation about which genres 2d20 currently covers, and which it doesn’t. Thought I would start with the DTRPG genres list Family Gaming? Erm, not really, but John Carter comes closest. I’ve avoided using 2d20 with my family so far. while I think the dice rolling and core rules are […]

2d20 Mod Rules Part 4: Everything and the End

So that’s the main body done; Characters, core rules, combat. So what else do you need? Quite a lot, but pretty much everything else is setting specific. So I’ll provide a few suggestions and point you to the actual 2d20 books. Mutant Chronicles: Dieselpunk, Good v Evil with corporations; Vehicles, Spaceships, Magic. Infinity: Cyberpunk, Transhuman […]

This is an intro to the 2d20 mod combat rules. There are many more combat rules that we could go into; Healing, prone, cover, range rules and so on. For the moment I’ll point you to one of the books like Conan, Star Trek, Achtung! Cthulhu or Infinity. What we have here is enough to […]

Basic rules of 2d20 These rules are deliberately a bit brief. If you want detailed rules buy one of the Modiphius games! Rolling Dice Work out the TN.  This is equal to the character’s attribute plus relevant skill that is relevant to the task. GM sets the difficulty.  0 to 5.  1 is the standard […]

Before the basics, I’m going with character creation! [1] This won’t be complete, as some parts of this need later sections. Some of the default “core” options have alternatives. These are Mods, and let you tweak the core to what you want. CC Mod Zero: Lifepaths Rather than having so many points for each step […]

Part 5 Classifying the variants Another short one before hopefully starting on the core 2d20 mod. Although that might take a while to nail.  So having spent 4 weeks looking at the various systems i think we can classify the 8 systems (9 with Fallout) into 3 main categories: Hardcore. The original 3 games. More […]

Part 4 Subsytems Pretty much every 2d20 variant has it’s own subsystems. This will just be a short overview – get the games to see more detail! MC3 – Dark gifts and Light Arts MC3 has two forms of magic and both work in a similar way. Each “spell” has a Difficulty, duration, target and […]

2d20 Mod, part 2 – Differences between the versions part a – Characters

In this second part of a series (looking at putting together a basic, modular, generic version of the 2d20 system), I will be looking at how characters vary between the different 2d20 versions. Note – the 2d20 rules system is copyright of Modiphius games. I am simply looking at pulling the basic rules out of […]